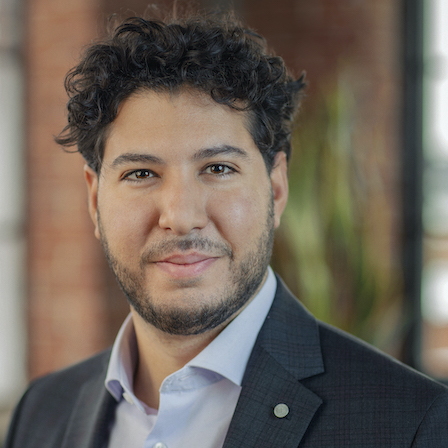 Bahaa Abou-Diab holds a law degree from Université de Montréal and has been a member of the Quebec Bar since 2016.

Before joining the Novum Legal team, Mr. Abou-Diab first practiced in litigation related to criminal law, family law, and civil and commercial law, which allowed him to plead on diverse legal issues before various courts. He later had the opportunity to sharpen his knowledge in business law by joining a firm specializing in corporate and transactional law.

Throughout his career, Mr. Abou-Diab has developed diverse legal expertise, enabling him today to offer a full range of services to his clients. 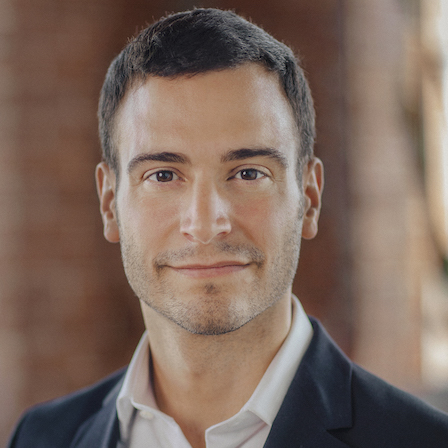 In 2019, he was employed as research and liaison officer with the Special commission on the Rights of the Child and Youth Protection. From 2018 to 2020, he served as legal director at the Clinique Juridique du Mile-End.

Olivier sits on the board of directors of various community organizations as administrator, treasurer and secretary. Through his many commitments, he has acquired an understanding of the legal profession’s practical side while identifying the issues connected to access to justice, social entrepreneurship and support for vulnerable families. 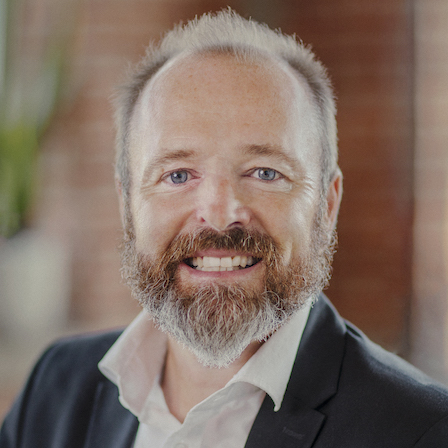 He was manager of key accounts at Randstad for 10 years and went on to work as development manager at la Fédération française du bâtiment for 13 years. Thanks to this experience and his resourcefulness, organizational abilities and listening skills, Emmanuel is highly qualified in marketing and commerce. Always ready to meet professional and personal challenges (Family tour of Europe in 2015-2016). His taste for challenge and travel brought him to Montreal in 2018 and he joined the Novum Legal team in May, 2020.

He is proud to be contributing to Novum Legal’s development and to share its values of integrity, justice and leadership. 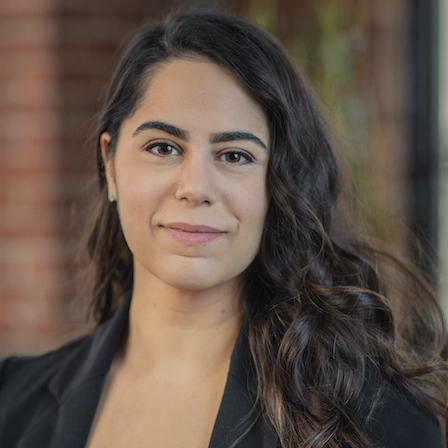 Joëlle Boutros joined the Novum team in September 2020 as a paralegal.

She first began her legal career as an Assistant in 2013. Wanting to expand her legal knowledge, she decided to continue her studies and graduated as a paralegal in 2018.

Dynamic, trilingual and with unparalleled customer service, she is proud to be the first contact for all legal consultation requests made by clients.

She also supports the team of lawyers regarding all legal research. 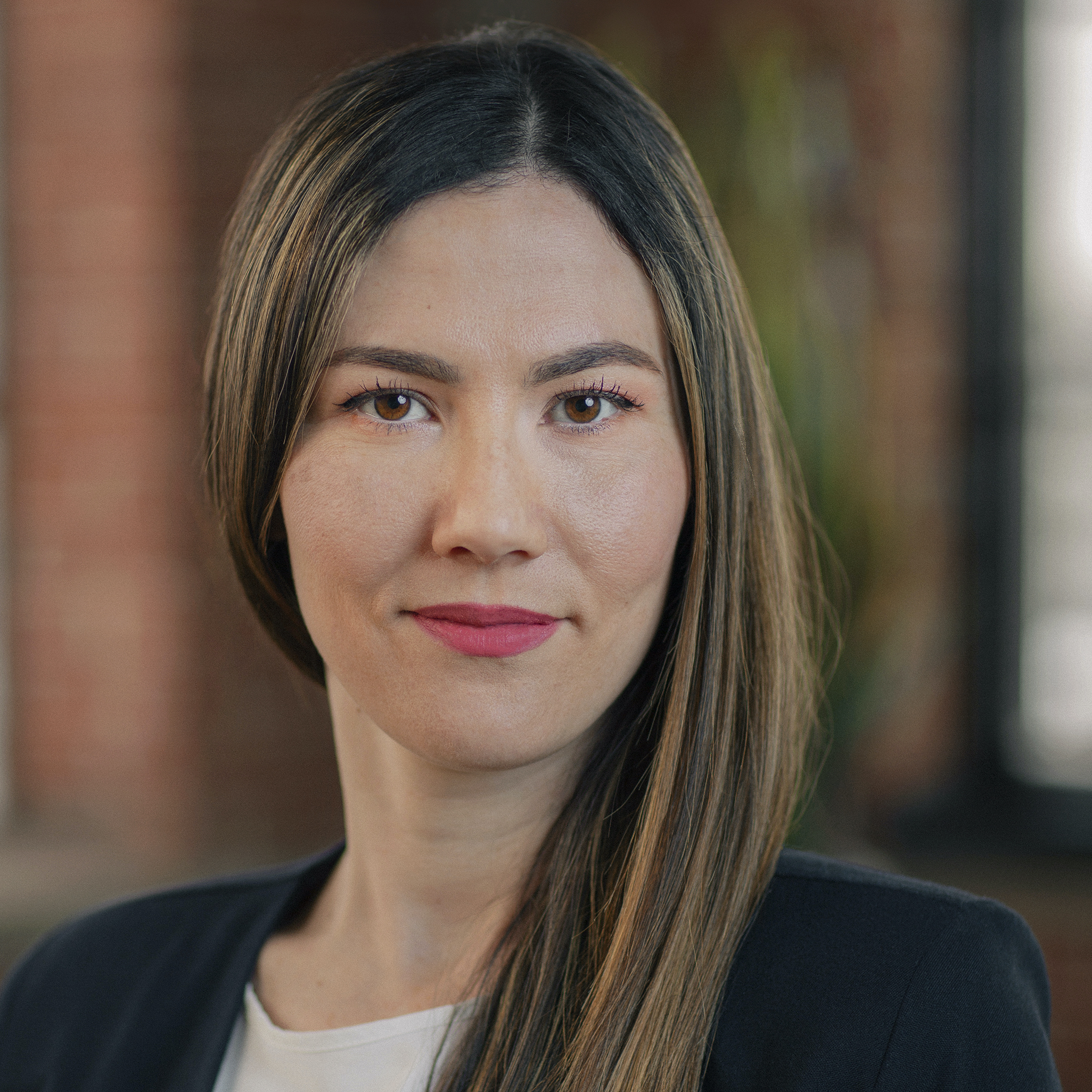 Rachida Djemai joined the Novum team in November 2020 as a Legal Assistant. Dynamic, professional, and always attentive to her colleagues, she believes that her job is quite simply her passion. Having acquired several years of experience in the legal field, she assists Lawyers in their daily tasks and efficiently manages and organizes their agendas. She also performs administrative tasks related to the proper functioning of the office. 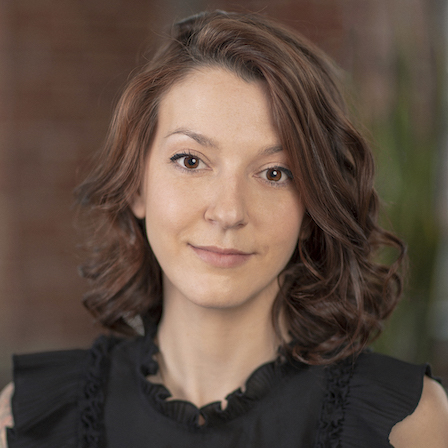 Alice Alex Dufour has more than 10 years of experience as an administrative/legal assistant and joined the Novum team in the fall of 2019 as an administration and accounting coordinator/legal and management assistant. Anticipation, efficiency, dedication, discretion and professionalism are his watchwords at work.

She works closely with the management team to ensure fluidity between the Novum teams and takes care of the administration/accounting aspect. She is also responsible for managing supplier accounts and therefore provides direct links with them in addition to taking care of customer invoicing. 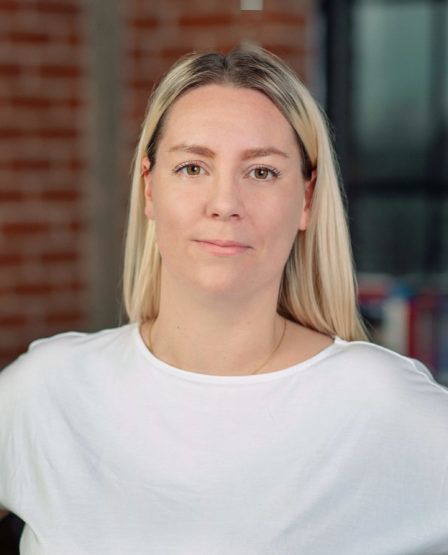 Julie Guillot joined the Novum team in the fall of 2021 as a Legal Assistant.

Julie chose Novum Legal to gain experience in the legal field and is proud to be part of such a dedicated and professional team.

Dynamic, she assists the lawyers in their daily tasks, while helping the paralegal with legal consultation requests. 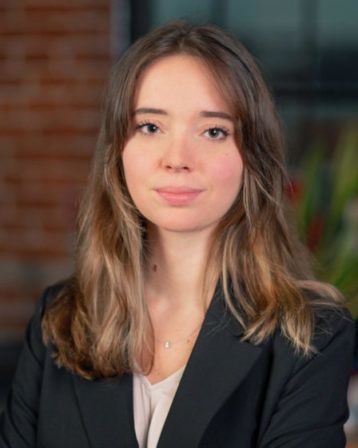 Laetitia holds a law degree from the University of Montreal. She worked as an assistant/paralegal in different firms and then acted as a law student in one of them. These experiences have allowed her to touch several facets of the attorney profession as well as to strengthen her analysis, writing and legal research capacities. Laetitia is passionate about human rights and holds a certificate in international humanitarian law from the University of Louvain. This field of interest has also led her to act as coordinator of a research project in comparative law relating to the situation of Lebanese women in the face of religious and civil divorce, since 2018. Thanks to this experience, Laetitia was able to develop her sense of collaboration and organization. 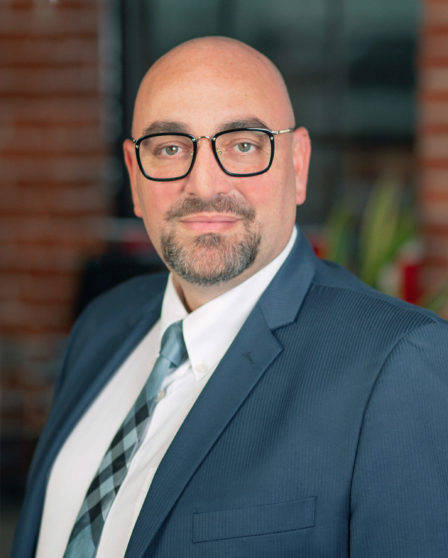 Mr. Mekhael is a company manager working in the energy, construction and real estate market among others. He has a vast network of national and international partners. Strongly involved in his community, he sat on various boards of non-profit organizations directors and social economies in addition to having held the position of president of the Royal Roussillon chamber of commerce covering the territory of a dozen municipalities on the South Shore of Montreal. This Bachelor in Business Administration from HEC Montréal held several strategic positions and mandates as a senior executive for more than twelve years at Énergir. His vast experience earned him a  position of guest speaker at Cop22 in Morocco to present energy efficiency solutions in the fight against global warming. His entrepreneurial experience has allowed him to participate in several mergers and acquisitions of companies in different fields. He has built a vast network of national and international business contacts and does not hesitate to share it with his many clients 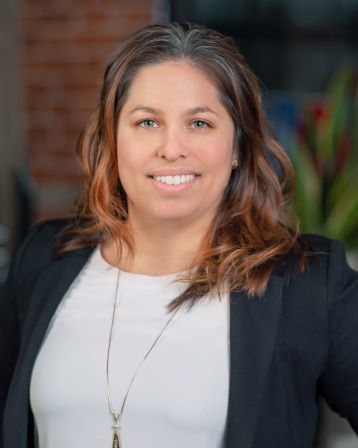 Holder of a bachelor’s degree in civil law and a Certificate of Qualification in Common Law, Me Katherine Pelletier has been navigating for the past eight years mainly in the field of health and personal injury law. First a lawyer in a litigation boutique law firm renowned in New Brunswick, Me Pelletier made the leap into the public sector working as a Senior Business Consultant with the Ontario Ministry of Health, Subrogation Unit. Member in good standing of the Law Society of New Brunswick (2015-2019), Ontario (since 2017) and Bar of Quebec (since 2014), she has had the opportunity to work on several occasions on cases involving multi-jurisdictional aspects. Co-founder of the Juripop Legal Clinic, Me Pelletier wishes to continue to contribute to the democratization of justice by helping to make it more accessible. 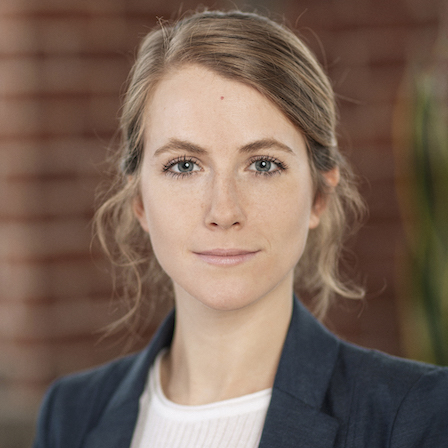 Me Marianne Routhier-Caron holds a bachelor’s degree in law and will soon complete a master in labour law at the Université du Québec à Montréal. She has been a member of the Quebec Bar since 2014. Before joining the team at Novum, Me Routhier-Caron practised in firms that worked in the areas of collective and individual labour relations as well as occupational health and safety. She has been called upon to litigate on numerous occasions before administrative tribunals and also before superior courts including the Quebec Court of Appeal. In addition, Routhier-Caron has built a practice in university administrative law. She is interested in representing individuals and vulnerable groups and currently sits as administrator on the board of directors for the Réseau d’entraide de Verdun. 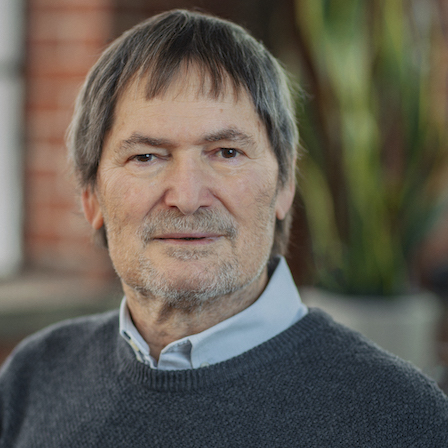 As a member of the Quebec Bar since 1975, Mr. Sciortino is fluent in several languages. He began his practice with Mr. Bernard Mergler, recognized as one of the top civil rights attorneys.

Prior to mastering labour law, Mr. Sciortino practiced penal and immigration law, representing refugees from countries across the Americas, Africa, Europe, and the Middle East, while devoting his time to union and student association certifications, negotiations, arbitrations, and claims at the Canada Industrial Relations Board and the Administrative Labour Tribunal.

He is experienced in administrative law, judicial review, injunctions, and contempt to court, as well as damage claims concerning unionized, social, political, and cultural associations. Throughout his career, he has pleaded in front of almost every Quebec and Federal Tribunals.

In labour law, Mr. Sciortino has solid experience in the industrial, public, and communications sectors.

He has represented young Vietnamese students who arrived in Canada during the war and were later considered to be agents of a foreign power, as well as Salvadorian journalist Victor Regalado, presumed by the Canadian government of being a threat to the security of the state and the Canadian public. The latter case was pleaded in front of both the Supreme Court of Canada and the Civil and Political Rights Committee of the United Nations.

More recently, he served as one of the principal attorneys representing student associations during the general strike in 2012.  During that time, he represented Mr. Gabriel Nadeau-Dubois, originally found guilty of contempt of court by the Quebec  Superior Court, but acquitted by the Quebec Court of Appeal and finally by the Supreme Court of Canada in 2017.

Mr. Sciortino is a keen observer of the daily news and current events, having had articles pertaining to judicial, social, and political issues published in several of Quebec’s major newspapers.

Today, bringing his vast experience from the well-established legal firm originally founded by him in 1975, Mr. Sciortino has accepted a new challenge in becoming a part of a new legal firm, NOVUM LEGAL, composed of young, dynamic lawyers. 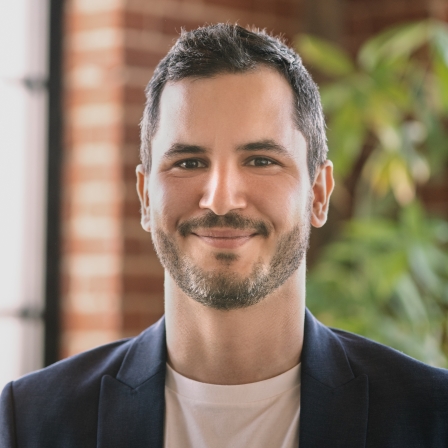 François has progressed in the Ecomm industry over the past 7 years, specializing in strategic operations scalability and deployment of customer centric initiatives. Prior to joining Novum, François built and led several teams at the Montreal based company Altitude Sports where his communication and leadership skills flourished.

His ability to generate synergy between the different components of a business and his experience in the constant deployment of value will be key in growing Novum footprint. 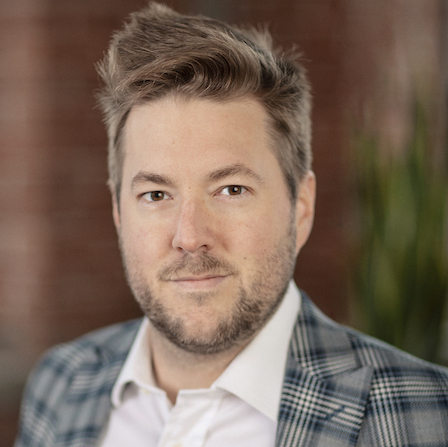 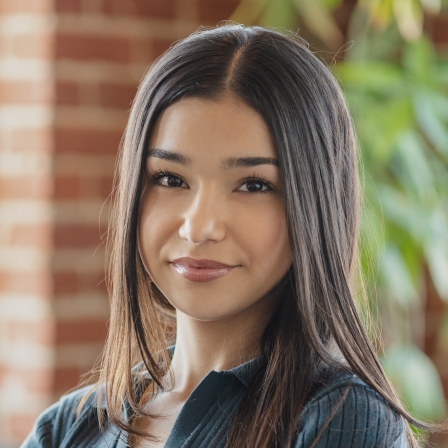 Alyssa Tavares joined the Novum team in January 2022 as a Paralegal intern. She is in the process of finishing her legal technique at Ahuntsic College.

She worked for 4 years in the field of customer service, which makes her very comfortable making the first contact with customers when they need a consultation for legal advice.

She is also responsible for conducting legal research and drafting procedures.

Alyssa is trilingual, dynamic, and is always ready to lend a hand to her co-workers. 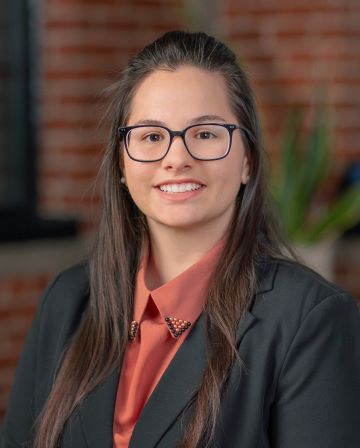 Andreea Tulba joined Novums’ team during her 2021 Wi​nter semester as part of her Bachelor of Laws from the Université du Québec à Montréal. Currently a candidate to the practice of the profession of lawyer, she wishes to be able to represent litigants in defending their rights as well as contribute to the improvement of the justice system. As a former member of the Canadian Armed Forces, she is perseverant, positive and always up for a challenge. Moreover, she practices as a residential real estate broker which inspirits her particular interests in housing and real estate law.

Novum is pleased to be able to count on the expertise of:

Trivium Avocats Inc. is a multidisciplinary law firm consisting of 32 lawyers across four business locations in Rosemère, Saint-Jérôme, Laval, and Brossard. The firm represents and advises many SMEs and large companies, unions, municipalities, and individuals in various fields, all thanks to their lawyers’ diverse range of skills.

Ravenlaw is a multidisciplinary firm consisting of 17 lawyers based in Ottawa and Kingston, Ontario. The firm represents workers, nonprofits, and unions.